Start typing and press
Enter to search
Skip to content

🎄One of the things I love most about the holiday season is eggnog.

Its warm and festive flavours coupled with its rich and creamy texture makes it the perfect drink on its own – or even better, when combined with coffee ☕!

Since the BF and I were trapped inside on Sunday because of the freezing rain, we decided to play around with some eggnog latte recipes 😋.

Here are a couple takeaway notes from our eggnog latte experiment:

1. The egg yolk is not necessary for taste, but it does create a creamier texture which is important if you’re using watered down carton nut milks. If using canned full fat coconut milk or other high fat nut milk, then the egg yolk is less important.

2. If you want a frothy latte and don’t have an espresso machine with a steam wand, you can use a blender, immersion stick or other frothing tool instead. Blend/froth warmed eggnog then pour into the espresso OR blend/froth eggnog and espresso together.

3. If you don’t have an espresso machine, you can make this latte with 1/2 a cup of strong brewed coffee instead.

4. Even if you don’t like eggnog, you just might enjoy this eggnog latte. The BF is proof of this. He hates eggnog, but he’s a coffee snob and enjoyed the combination of flavours in this recipe. BIG win for our Sunday latte experiment!

1. In a saucepan, warm nut milk, sweetener, vanilla, cinnamon and nutmeg over medium-low for roughly 5-minutes, stirring occasionally. You can also use a steam wand on an espresso machine to warm and froth ingredients at the same time.

3. Froth the milk mixture/eggnog with a blender, immersion stick or other tool, if desired.

4. Brew espresso then combine the eggnog with the espresso.

5. Feel free to top with whipped coconut cream and a sprinkling of nutmeg and cinnamon.

Who is this chick? 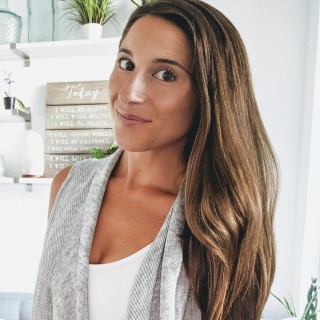